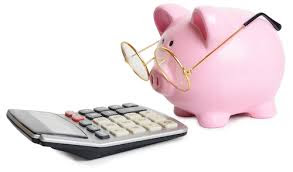 * Excerpt from weekly recognition email: if interested in full Phenomenal Friday's in MPS

Hope you are enjoying a wonder Friday despite the less than ideal weather. Today, I just want to share something that is really bugging me. It is that time of year where Mr. Kell, school business administrator, and I are deep into the budget process for next year. What this means for MPS (at least as it has been for the last 8 years that I have had the pleasure of leading) is we anticipate that the State Financial Aid will remain flat – same as the year before. Each year, for the past 8 years, we have seen flat funding – with the exception of last school year where we received flat funding initially, then the State took an additional $860,000 after our budget was prepared and approved. Yes, that happened but I will get back to that in a minute. First, let me spend a little time on what flat funding means for us.

Our annual operating budget is just a bit above a hundred million dollars. Of that, approximately $10 million is provided by the local taxpayers. Easy math, over $90 million comes in the form of State Financial Aid (Federal Aid as well). Within our budget, some 70% is dedicated to 1200 or so employees and their medical benefits. The remaining 30% is used for things like technology, infrastructure, facility care, supplies, athletics and such. Each year, modest salary increases and increases to the cost of health benefits around 2 or 3% results in about an addition 2-3 million dollars. Again, pull out the old calculator and you can see that flat funding coupled with increases in labor costs (regardless of how modest) results in a 2 to 3 million dollar shortfall. Factor in the cost of operations also increasing this deficit can grow. Under the current State guidelines, the District is permitted to raise local taxes by 2% annually without the need for a public vote. This 2% provides an additional $250,000 annually, give or take. Certainly not anywhere near enough to cover the shortfall that exists when flat funding is provided.

A bit of history lesson for those who are not fully aware… The MPS District is a ‘former Abbott’ School District.  Abbott districts are school districts in New Jersey once covered by a series of New Jersey Supreme Court rulings, begun in 1985,[7] that found that the education provided to school children in poor communities was inadequate and unconstitutional and mandated that state funding for these districts be equal to that spent in the wealthiest districts in the state. (Wikipedia, 2018.)

The Court in Abbott II[8] and in subsequent rulings,[9] ordered the State to assure that these children receive an adequate education through implementation of certain reforms, including standards-based education supported by parity funding. It include various supplemental programs and school facilities improvements, including to Head Start and early education programs. The Head Start and NAACP were represented by Maxim ThorneMaxim Thorne as amici curiae in the case.[10](Wikipedia, 2018.)

The part of the state constitution that is the basis of the Abbott decisions requires that:


Important to address that last bit of information. While the overall research does not show significant improvement in Abbott performance as a result of the funding, our District was cited among a few former Abbott Districts that have made significant improvement (source – Governor Chris Christie’s 2017 Budget Address). Also important to note is that improved student learning outcomes is still comparing the Abbott performance to that of the wealthiest districts. I maintain that the funding simply provides the Abbott District with the basic resource to create a comprehensive budget. Student outcomes among students of poverty must be reviewed against other students of poverty – not as the State does it as they say low socio-economics play no role in student achievement. From someone who has spent his 20 year career in districts in the lower tier of socio-economic status it does make a difference. Growing up in poverty is filled with challenges that the wealthy student never has to consider. Hunger…clean clothing…supplies and resources at home to assist in the education development of the child. There are countless studies that identify the differences, for example students of poverty begin school with a vocabulary that is 2-4 thousand words short of their middle-class classmate.

Now, during the time we were Abbott, we were NOT permitted to raise local taxes at all. For obvious reasons, the State was subsidizing the Abbott Communities to ensure fair funding. So while an Abbott, the local share was frozen. Fast forward to last year when the State decided to take additional money from our budget after it was already board approved. There were 27 Districts total in NJ that had additional money taken from their budgets; in 2018 twenty-four of them received that money back while 3 received their money back in the form of a loan from the State. A loan, for money that was once part of our budget. In fairness, they are not charging interest (that we are aware) but we do have to pay the nearly nine hundred thousand dollars back over the next ten years.

The only reason we have been provided is that it is because our community does not pay its fair share in local taxes! If you have been able to stick with me through this you are probably scratching your head asking huh? MPS was identified by NJ as one of the Abbott Districts, low socio-economic status…and during that time we could not raise local taxes under their rules….and now that Abbott has been removed not by our choice (how that happened is still a mystery as the finding of the court that initially created it has not changed or been overturned to my knowledge)…we are being punished because the local taxes are not high enough?

So year after year, we come together and tighten the belts. We do more with less. We were forced to close an elementary school last year…all to attempt to make flat funding work somehow. For 8 plus years I have been warning the State and anyone who would listen in my budget address that at some point in the future, we simply will not be able to cut any further and still meet the never decreasing demands placed upon NJ School Districts (with countless unfunded mandates). I fear that time may be close.

I remain hopeful that with the new Governor as well as an education commissioner who was a superintendent in a former Abbott District perhaps something will change for the better. I hear all the time about the importance of the ‘children’…now more than ever. The students need to be safe, they need to receive an exceptional education, become college and career ready, we must provide support services to identify signs of mental illness, provide federally mandated special education programs to help our large special needs population (something for which I support 100% - but the reality is it is expensive to provide a full host of services), we must have the latest technology…we must have the best staff…(which we do) but we are not going to provide you with the funding necessary to do that this year. Instead, make do with what we gave you 8 years ago. I am sure the bills in your house have remained the same as they were 8-10 years back right?

Normally, I want the Phenomenal Friday to strictly be positive; to celebrate our staff. However, this is an issue negatively impacting all of us and for that reason, it must be shared. I believe with my entire being that public education is and always has been the best opportunity to give kids a shot at a bright future. MPS District has some of the best staff members anywhere! We must demand that every community, from the wealthiest to the poorest has what they need to provide an exceptional education. We cannot accept that if your parents are fortunate to be able to live in the wealthiest communities you are granted a full and complete set of resources. If however, you are not, well you just have to make do with what you were given more than a decade ago.  I was the first to go to college in my family. My parents both worked extremely hard and made education a priority. Fortunately for me, I attended the MPS District at a different time when funding was not the issue it is today. I am an example of how with hard work you can accomplish your dreams. We must make sure that every student in our community has the same chance! We must provide our world-class staff with the resources of a world-class school district.

Posted by Dr. David Gentile, NJ Superintendent at 7:23 AM